The changes in Q4 2021 Top 10 Solar panels are brought up about by two European PV module manufacturers RECOM and Axitec. The first PV module producer, RECOM, is a newcomer among top 10 solar panels since SolarEdition has published this list back in 2019. RECOM has emerged in the list with an incredible ranking among giant rivals with high reputation. This PV module producer released their two high-efficiency solar panels thanks to utilizing half-cut technology at the cell-level and the big wafer size at the module-level. Axitec has resulted in the other change due to one of its models from the AXI premium series. The firm has embedded a big wafer format in this PV module as well.

So let’s go through the most recent updates of the most efficient 72 cells solar panels of this quarter. Please bear in mind that the list in our website is very detailed and contains more than top 10 solar panels.

RECOM as a newcomer and one of the Tier-1 PV module manufacturers entered the fourth quarter’s Top 10 Solar panels with two variants. The first one which is placed at the second rank has unconventional cell numbers, that is 132 cells. This model is released with a 21.41% efficiency and 665 W in its power output. The other model stood at sixth rank with 21.28% efficiency and 550 W power. These PV modules of RECOM have the same features, including using half-cut cell technology, anti-aging backsheet, and 15-year limited product warranty. These models are products of the company’s Panther series which were designed with superior quality. It is important to note that RECOM is a France based renewable energy company with a notable presence in the global solar industry. It is established to bring the European leading role back in the solar energy sector.

What does a Tier 1 PV Module Manufacturer mean?

These projects must be:

Tier 1 is the sign of financial stability or bankability of a solar panel manufacturer but is NOT the sign of quality. It is important to note that Tier 1 PV module manufacturers have been launched by BloombergNEF.

As another competitor for the Chinese dominated PV module segment, Axitec has entered the Top 10 solar panels with 72 cells list with its AC-545MH model in this quarter. This product is also utilized from half-cut cell and big wafer format, G12 wafer with 210 mm side length. This model is the closest rival for REC’s most powerful PV module series with 21.09% and 545 W power output. This model of Axitec placed at the eighth rank of fourth quarter’s 72 cells Top 10 Solar panels. Solar Energy and the Developing World 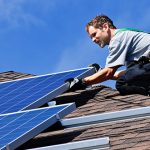 Things You Need to Know Before Installing Solar Panels in Pakistan 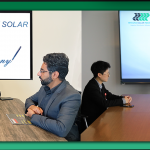 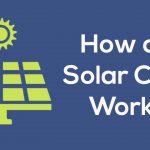